In: Tips & Tutorials
Share On
Single-shot fireworks can be launched one after another to form a barrage of fireworks, which makes for attractive photos. Because the fireworks are very bright, be careful of blowout when you shoot them. (Reported by Gensaku Izumiya) 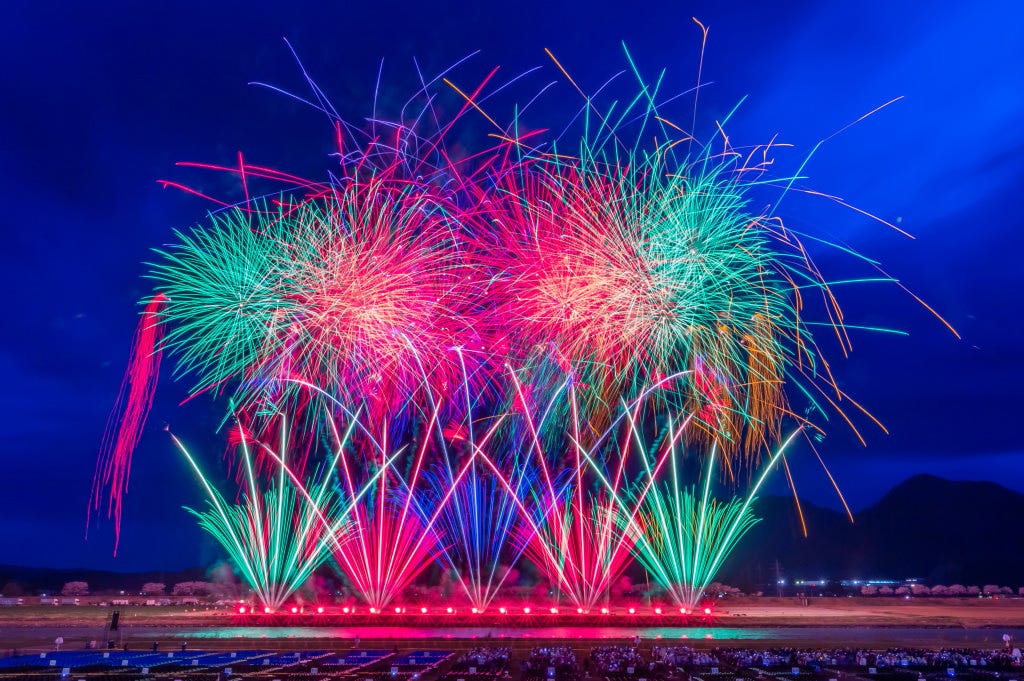 Basics: Hold down your shutter until the bursts have opened 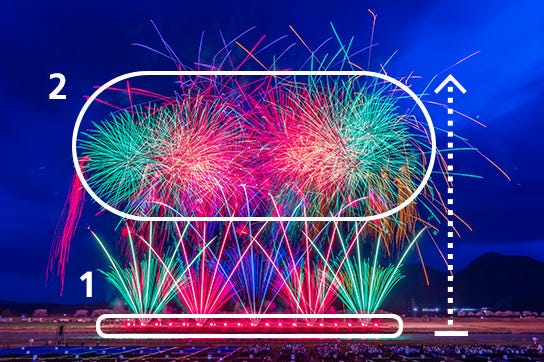 Be careful not to overexpose the shot
A barrage of fireworks is a method of launching that involves launching a combination of many large and small fireworks at once. To avoid overexposing the shot, narrow the aperture to f/22 and set a low ISO speed. If the fireworks are launched all at once, set the shutter speed to 1 to 2 seconds, or if launched in succession, set a longer timeframe. Use a neutral density (ND) filter, reflector or other means to adjust the amount of exposure.

Now that we have gotten the basic concepts out of the way, let’s look at some details that will help you take even better photos of multiple fireworks!

1. The shutter timing should be changed according to how and where the fireworks are launched

When fireworks are launched from two locations 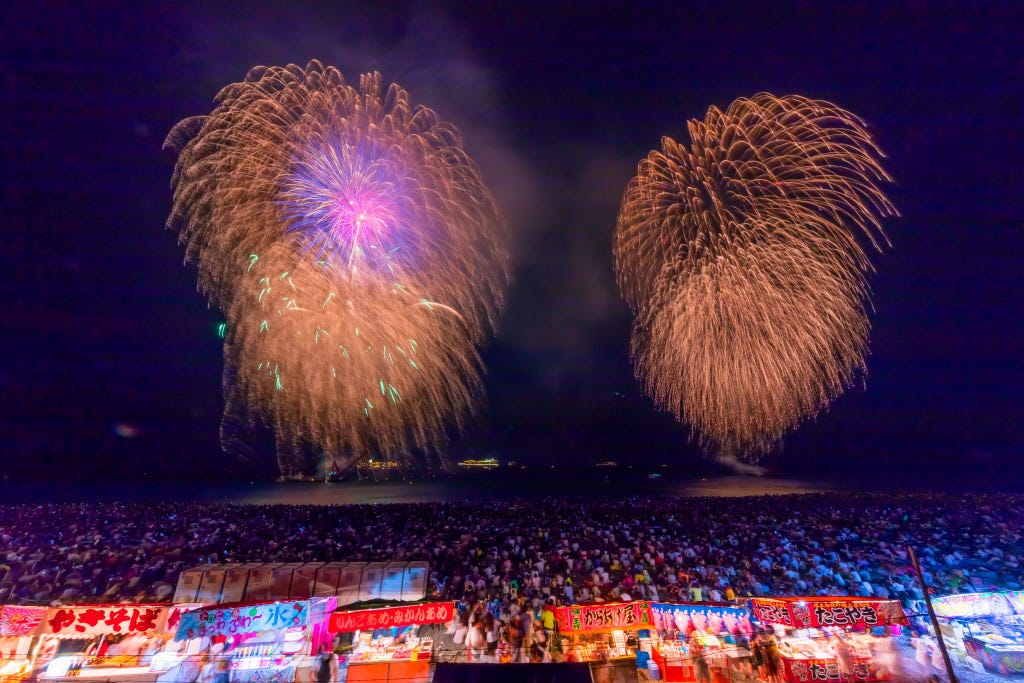 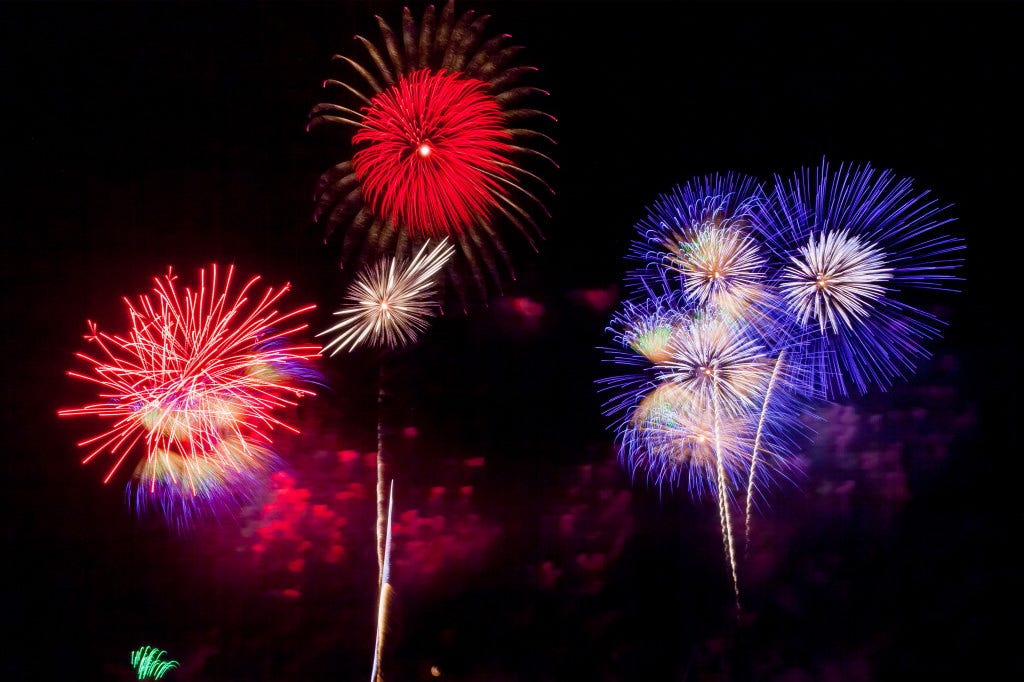 When fireworks are launched at an oblique angle 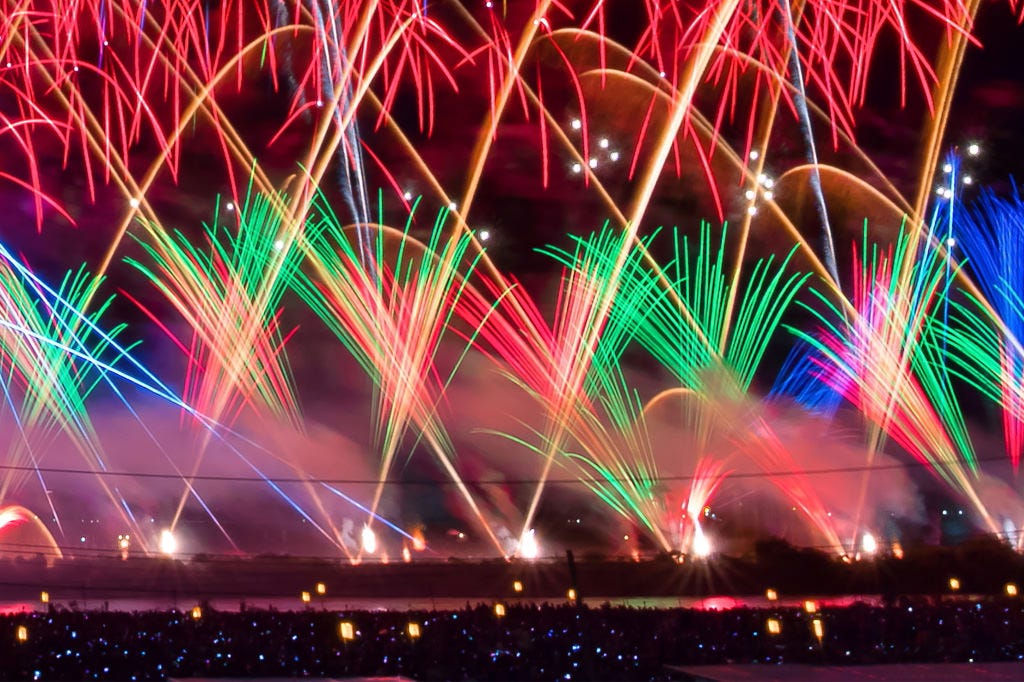 When multiple fireworks are launched at once 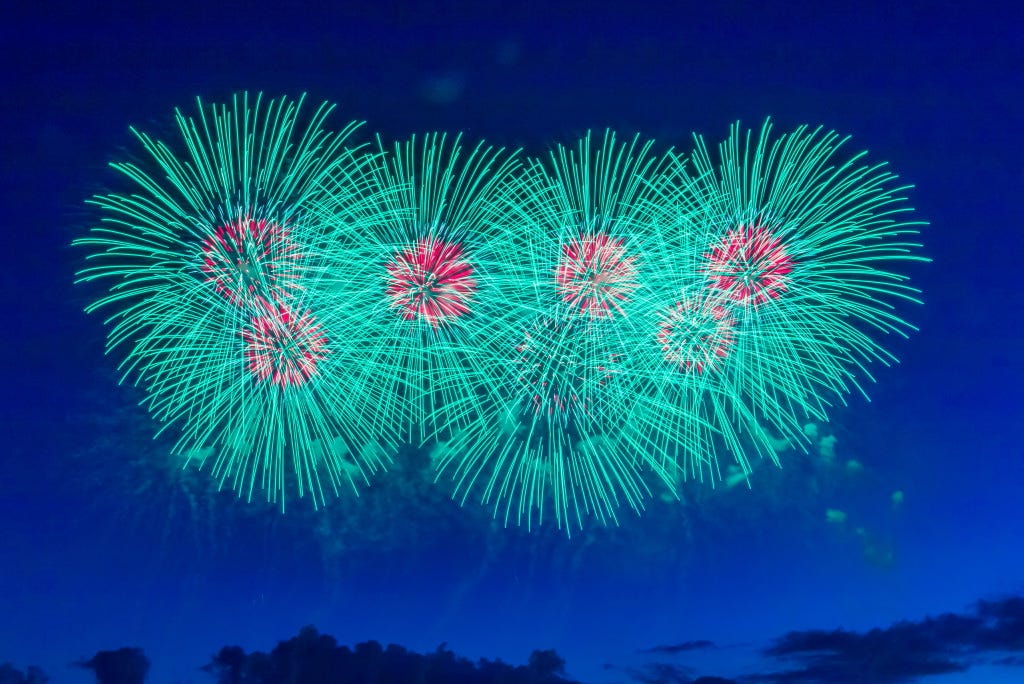 2. The launch sequence and brightness of the individual fireworks should be considered when shooting

When fireworks were launched from four locations, I took a shot aiming to capture the fireworks as they were launched in order starting from the left. In this case, though, the firework on the far right is brighter than the other three, so you need to be careful to avoid blowout in the image. When the four fireworks have been launched and taken shape, release the remote switch.

3. How to capture only the fireworks you want

If you capture all of the fireworks that are launched in succession, they will appear pure white in the image, with the shape of the firework effects unrecognisable. To avoid placing unwanted fireworks in the frame, use a screen like the one shown below (or a black cloth) to block out fireworks as needed. 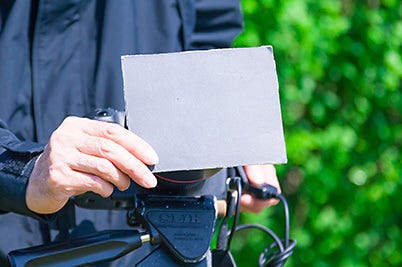 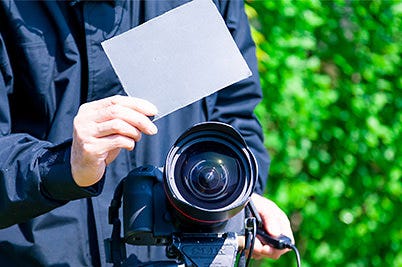 A reflector board that I created myself. The side facing the camera is black. Cover the lens with this when you want to block out unwanted fireworks. This is essentially multiple exposure shooting.