7 Important Facts about the EOS R6

On 9 July 2020, Canon announced the EOS R6, a new full-frame mirrorless camera—a surprise announcement compared to the EOS R5 which had received months of hype. Boasting many of the same specifications as the EOS-1D X Mark III, Canon’s flagship DSLR, along with low light and ISO speed performance that exceeds the EOS R5, the EOS R6 packs a punch in its own right. We take a closer look at its key features in this article. 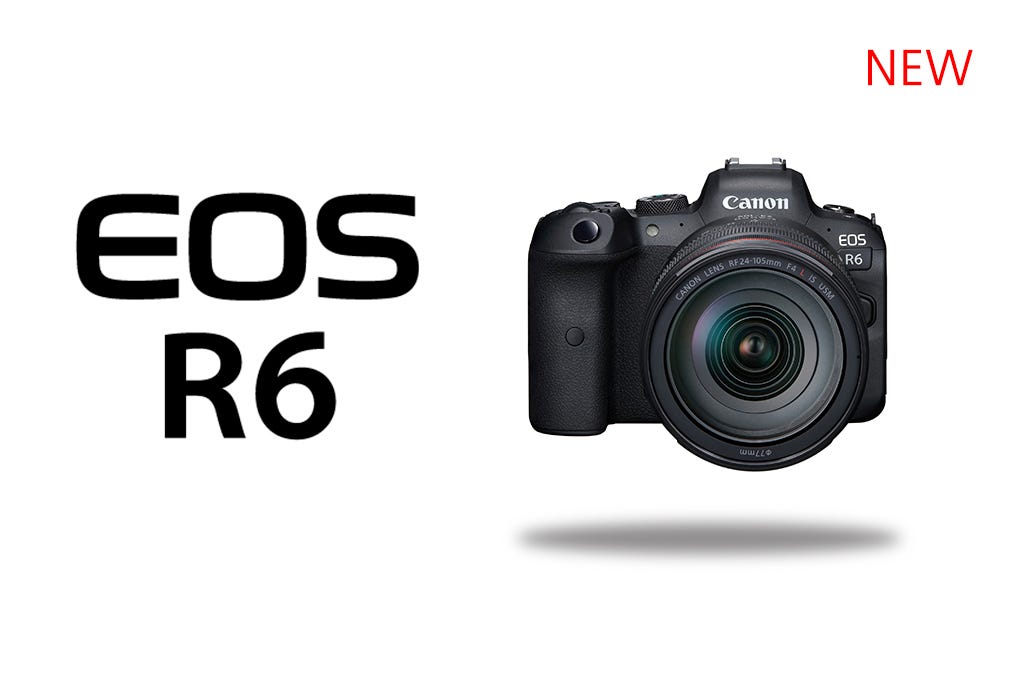 In the EOS DSLR series, the 6D series is much like a younger sibling to the 5D series. While 6D cameras feature a lower megapixel count and continuous shooting speed, they are capable of excellent full-frame image quality and are much beloved for their small, lightweight, and portable bodies. The EOS R6, with the number ‘6’ in its name, appears to have a similar relationship with the EOS R5 but instead of being a younger sibling, it is now more like a fraternal twin.

Appearance-wise, the EOS R6 has a mode dial in the place of the top display panel on the EOS R5, but the other buttons, dials, and controls are exactly the same, and so is the 20-fps maximum high-speed continuous shooting capability. The image resolution is smaller at 20.1 megapixels, but in return, it has better high ISO speed performance. And its 4K UHD video recording capabilities should be perfectly sufficient for those aspiring to get deeper into 4K video production.

Read on to get to know the EOS R6 better. 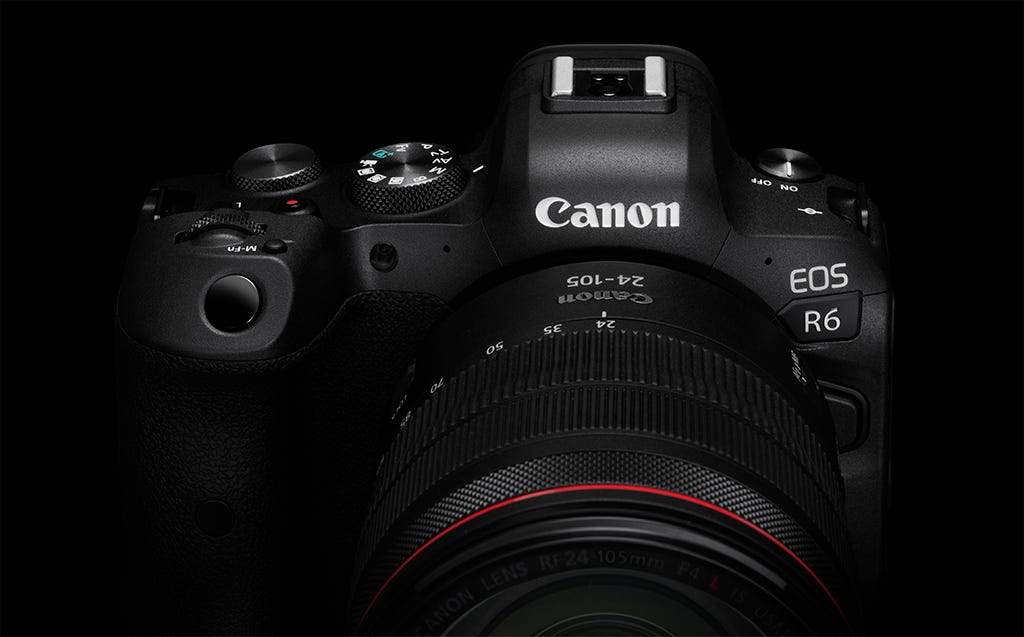 7 key features on the EOS R6
1. The imaging power of the EOS-1D X Mark III in a compact, mirrorless body
2. Near-silent high-speed shooting at up to 20 fps
3. Upgraded Dual Pixel CMOS AF II system that can detect and track the eyes of birds
4. Cropless 4K video with HDR PQ support
5. In-Body IS for up to 8 shutter speed stops’ equivalent image stabilisation
6. Cloud compatibility: Full support for image.canon
7. Lightweight and portable with just enough durability 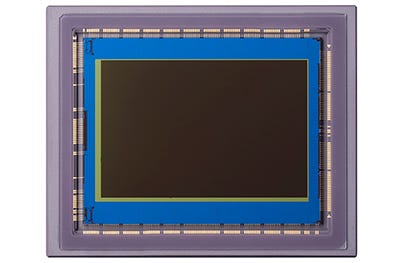 The EOS R6 inherits an improved version of the image sensor found on the EOS-1D X Mark III, Canon’s latest flagship DSLR camera—a reflection of the company’s plans for it to embody uncompromising high specifications. 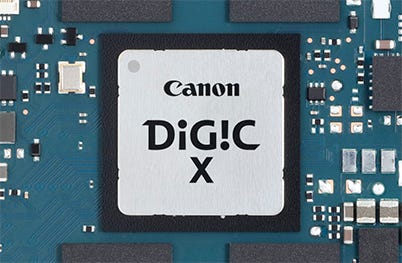 Capable of A3 prints, the approximately 20.1-megapixel image resolution features a larger pixel size, which allows more light to enter, resulting in better ISO sensitivity. This, combined with the powerful noise reduction capabilities of the DIGIC X image processing engine, gives the EOS R6 astoundingly high native ISO speeds, which means clean images even at ISO 102,400 for still shooting and ISO 25,600 for movies.

In addition to the beautiful bokeh unique to full-frame image sensors, the new image sensor is also capable of sharp, well-defined depictions. The EOS R6 can record 10-bit HDR PQ HEIF files in addition to RAW, C-RAW, and JPEG. This expands creative possibilities, letting users create HDR images with rich highlight and shadow detail in one shot without having to merge multiple images or carry out RAW post-processing. 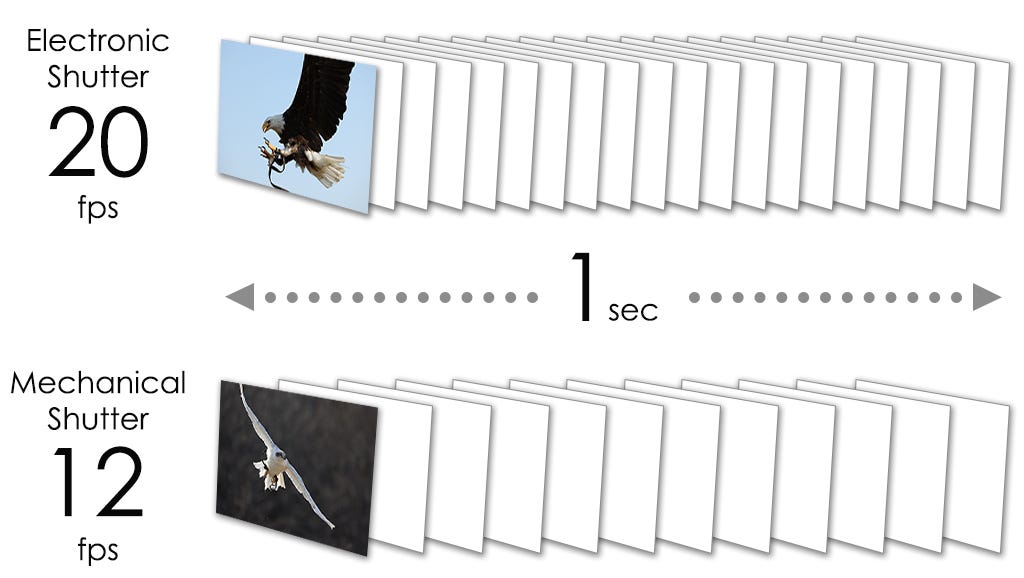 As there is no physical shutter movement involved for an electronic shutter, the shutter can be released silently (there is still some sound from the lens AF and aperture mechanism), even during high-speed continuous shooting at up to 20 fps with AF/AE tracking. This makes it perfect for situations where you need to be fast but unobtrusive, such as concerts or scenes that involve highly sensitive wild animals.

For dynamic action photos, to ensure absolutely no distortion from rolling shutter, shoot with the mechanical shutter, which supports continuous shooting up to 12 fps with AF/AE tracking. Choose the shutter method that best suits the scene! 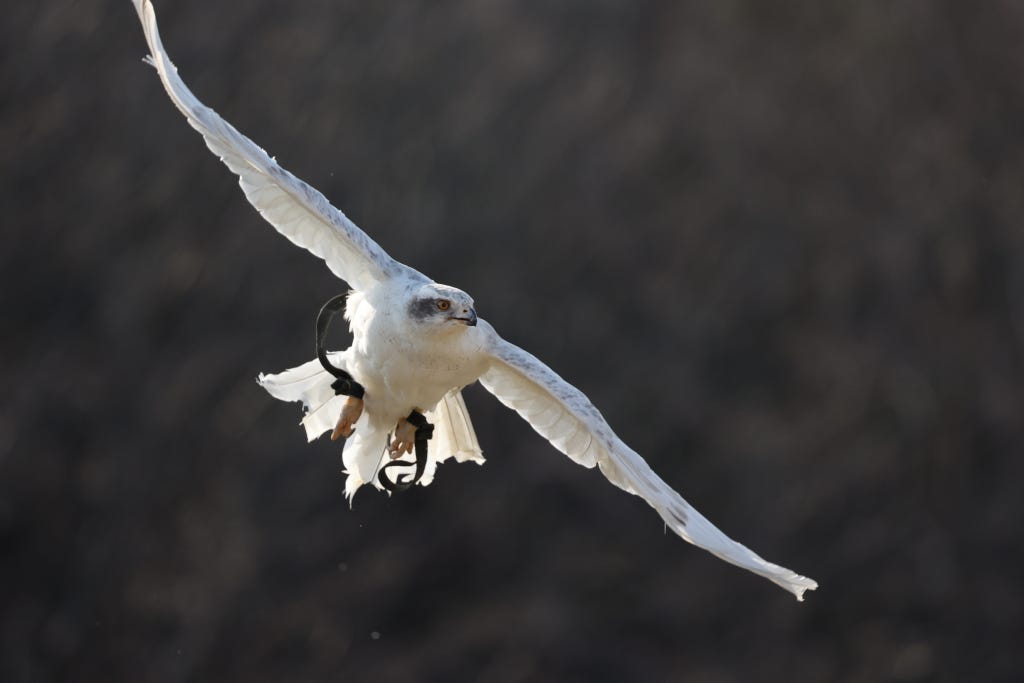 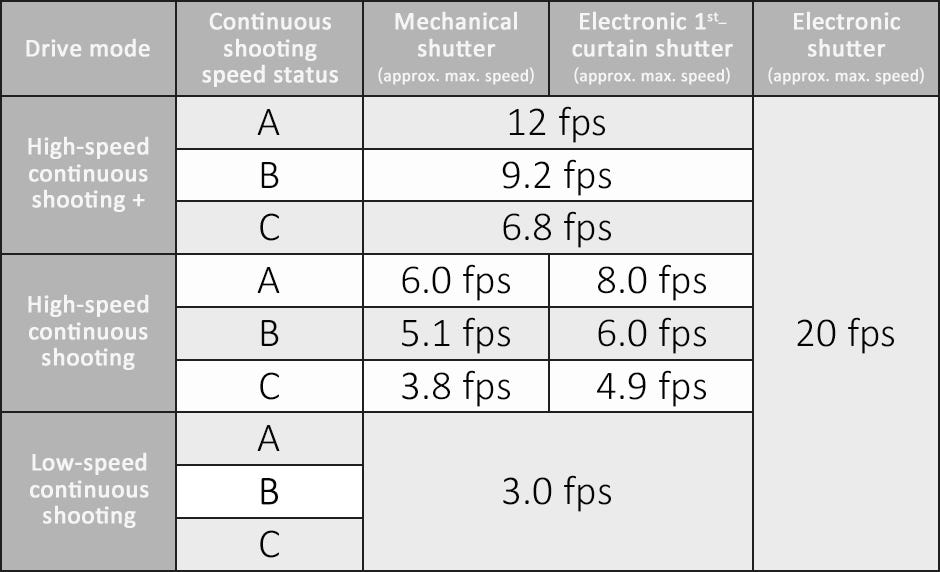 3. An upgraded AF system that can detect and track the eyes of birds The Dual Pixel CMOS AF II system on the EOS R6 is enhanced by the processing capabilities of the DIGIC X image processing engine and a new algorithm developed with deep learning technology. It carries improved human head detection capabilities, which promise better, “stickier” tracking of subjects’ heads in scenes with fast, intense action; as well as Animal Detection AF, which can detect and track the eyes, face, and body of dogs, cats, and even birds.

Human eye detection AF also gets a boost—Eye Detection AF is now able to detect eyes even if the subject’s face takes up a smaller area of the image than before. 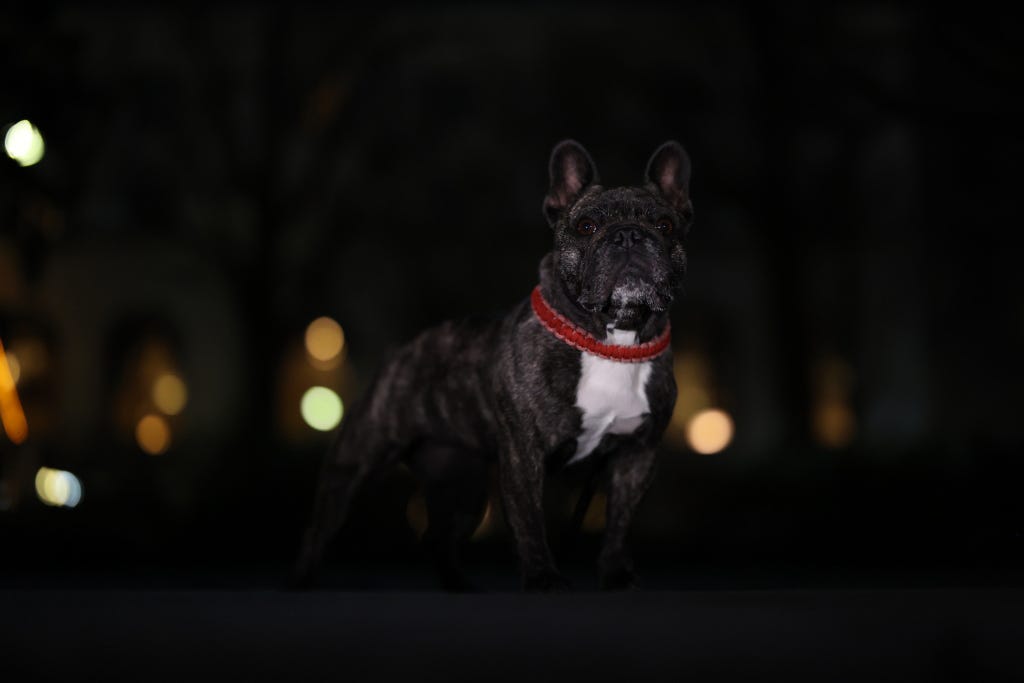 Black pupils on a black dog—it can be so challenging for the AF to find its target in a scene like this! Traditional AF would tend to fall on the dog’s nose as it is the closest to the camera, but the Animal Detection AF on the EOS R6 detected the dog’s eyes easily despite the darkness.

Autofocus in conditions as dark as EV -6.5

With its minimum low light AF limit of EV -6.5, the EOS R6 handles dark scenes better than the EOS R5. Where highlights are concerned, both cameras have the same ability to focus up to EV +20, achieving improved AF precision on bright subjects such as areas near car headlights.

On compatible RF/EF lenses, in automatic AF area selection modes like the Face + Tracking Priority AF, the AF area covers 100% of the image frame, with up to 1,053 possible AF zones. In the manual selection AF modes, such as the Expanded AF Area and Zone AF modes, AF is possible over 90% × 100% (horizontally × vertically) of the image area, with up to 6,072 manually selectable AF positions—more than on the EOS R5. This enables even better AF precision, allowing greater freedom to get creative with composition.

When using the RF800mm f/11 IS STM with the Extender RF 2x attached, the maximum aperture becomes f/22 at focal length 1600mm.

However, support for AF at f/22 means that autofocusing is still possible over an area covering 40% × 60% (horizontal × vertical) of the image frame, f/22 usually makes the optical viewfinder image too dark especially when shooting in low light conditions. However, the EVF on the EOS R6 not only has viewfinder gain that increases display brightness so that you can see what you are framing and composing, it also simulates your exposure settings so that you can see their effects on your shot and make the necessary adjustments.

4K UHD is the 4K standard for television broadcasting, thus offering compatibility with most home 4K television sets. This means that you can simply connect your camera to your TV set with an HDMI cable to view the 4K video clips that you shot! 4K UHD is recorded using 94% of the image sensor width. This makes it possible to carry out 5.1K oversampling, which results in higher-quality 4K footage with reduced moire, false colours, and image noise. 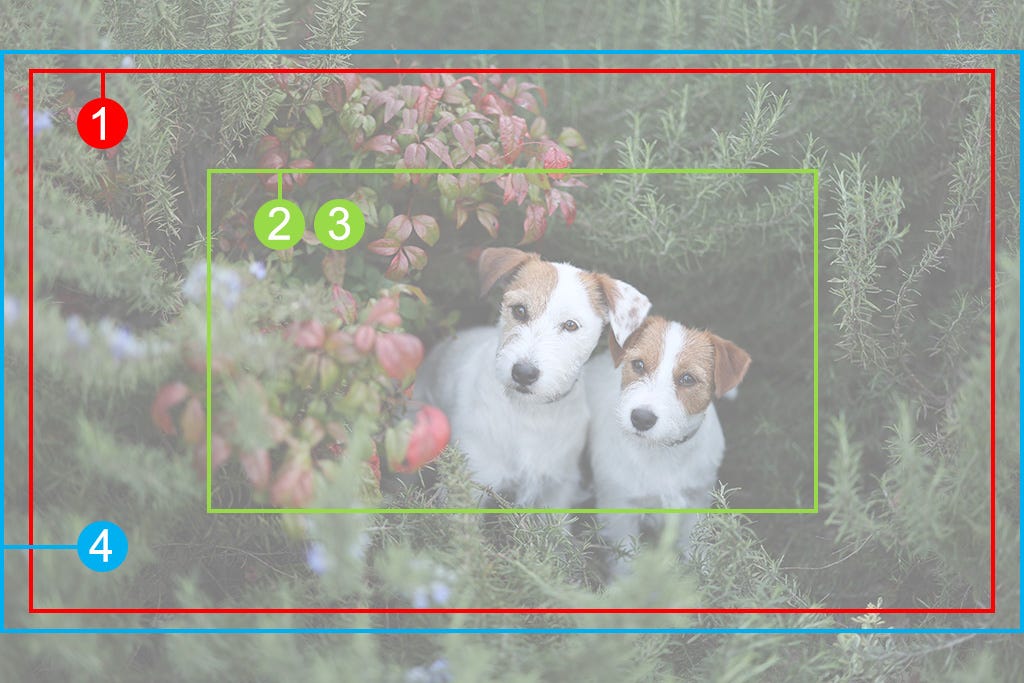 Catering to increasing demand for HDR video, the EOS R6 supports recording in HDR PQ mode, which offers a wide dynamic range that closely resembles human perception, allowing you to create movies that appear ultra-realistic especially when viewed on a 4K HDR television, even without colour grading.

Alternatively, you can choose to record with 10-bit Canon Log. This offers a 12-stop dynamic range that facilitates colour grading in a professional post-production workflow.

Whichever codec or format you decide to record in*, Movie Servo AF tracking by Dual Pixel CMOS AF II is available, ensuring that your subject is always in focus. You can also extract still images from 4K UHD footage, allowing you to use the EOS R6’s video function as a 60 fps/ 50 fps continuous shooting function that lets you capture 3840 × 2160 pixel images.

*Except for time lapse

5. In-Body IS for up to 8 shutter speed stops’ equivalent image stabilisation

The EOS R6 has the same In-Body Image Stabilizer (In-Body IS) as the EOS R5. This 5-axis image stabilisation system analyses information from the image sensor, in-camera gyro sensor, and acceleration sensor and then shifts the image sensor accordingly, correcting camera shake in five directions: horizontal, vertical, roll, pitch, and yaw. It is active when any RF or EF lens is attached, even those without the in-lens Optical Image Stabilizer (Optical IS).

When a lens with Optical IS is attached, the powerful processing capability of DIGIC X enables Coordinated Control IS, which seamlessly coordinates Optical IS and In-Body IS to achieve even better image stabilisation regardless of focal length*. This makes it even easier to obtain sharp images when shooting as much as up to 8 shutter speed stops’ slower**, promising increased creative freedom during handheld shooting at night, at slow shutter speeds, or from angles and positions where it is hard to keep the camera steady.

*Firmware update may be required.
**With a compatible lens. Subject to shooting conditions.

Shutter speed: 2 seconds, IS off 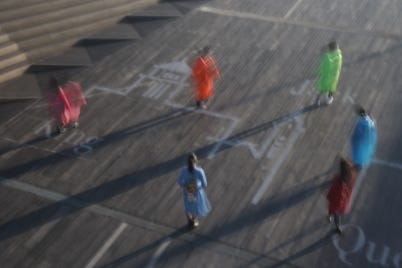 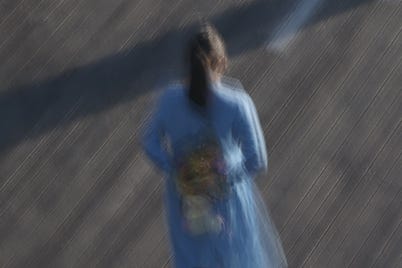 Shutter speed: 2 seconds, IS on 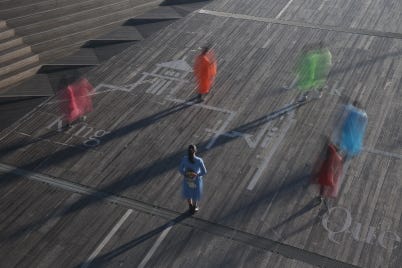 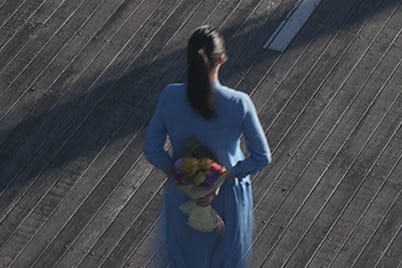 At shutter speed 2 seconds, it’s practically impossible to obtain a handheld shot with no camera shake.

The Coordinated Control IS system coordinates the lens Optical IS and camera In-Body IS mechanisms to reduce camera shake, achieving a shot that is much sharper. 6. Cloud compatibility: Full support for image.canon The EOS R6 is equipped with built-in 2.4GHz Wi-Fi as well as Bluetooth connectivity. This not only facilitates pairing with a smart device via the Camera Connect app, giving access to features such as Live View remote shooting, geotagging and image transfer to the smart device, it also provides full support for Canon’s new image.canon platform, which was just launched in April 2020.

Image.canon is a cloud-based platform based on the new concept of the “connected camera”. Simply register a Wi-Fi hotspot onto your EOS R6, and you will be able to automatically upload your full-quality image and video image files, including RAW files, to the cloud whenever you are within range. This lets you access the files from any compatible device, any time, and makes social media sharing seamless. Original quality files will be stored on the server for 30 days, but you may designate up to 10GB of the files for free long-term storage. 7. Lightweight and portable with just enough durability The key selling point of the EOS 6D-series DSLR cameras was their light weight, which the EOS R6 inherits: though it is the same size as the EOS R5, it is 52g (approximately 8%) lighter. The internal structure of the EOS R6 is chiefly built from magnesium alloy, and its exterior from polycarbonate, ensuring that the camera body is sufficiently tough and durable despite its light weight. 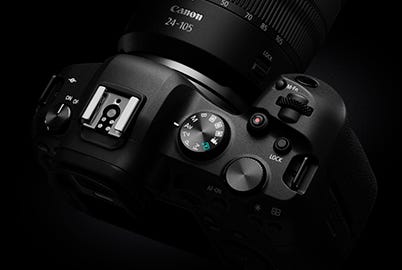 The EOS R6 achieves balance between strength and light weight with an internal structure made mainly from magnesium alloy, and an exterior made from polycarbonate. Also features a dust and drip resistant design. 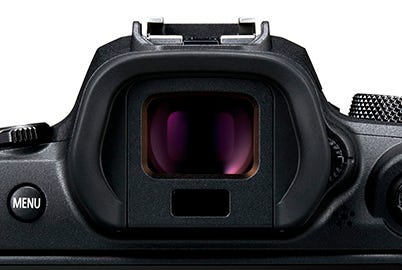 The EVF on the EOS R6 is similar to the one on the EOS R, but has a faster display response rate, providing a natural view close to that on an OVF. 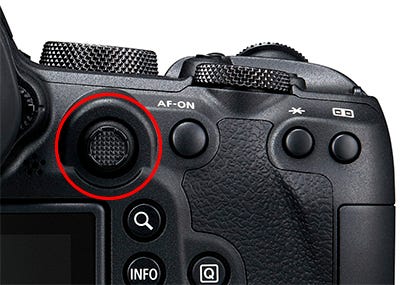 The Multi-controller is similar to that found on advanced EOS DSLR cameras, allowing faster, better control over AF frame selection. 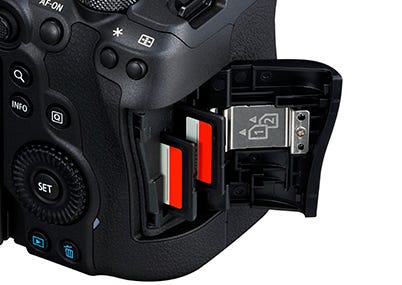 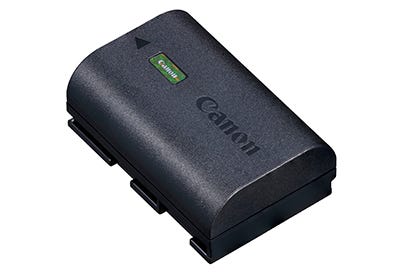 Exactly the same size as the existing LP-E6N (1865 mAh), but with a higher capacity (2130 mAh), the LP-E6NH supports in-camera USB charging. 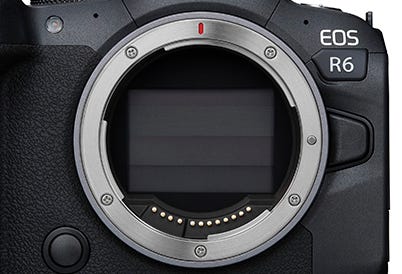 Prevent dust from adhering to the image sensor by setting the shutter curtain to close upon camera power off. The shutter unit has cleared a 30,000-cycle endurance test, providing excellent shutter durability. 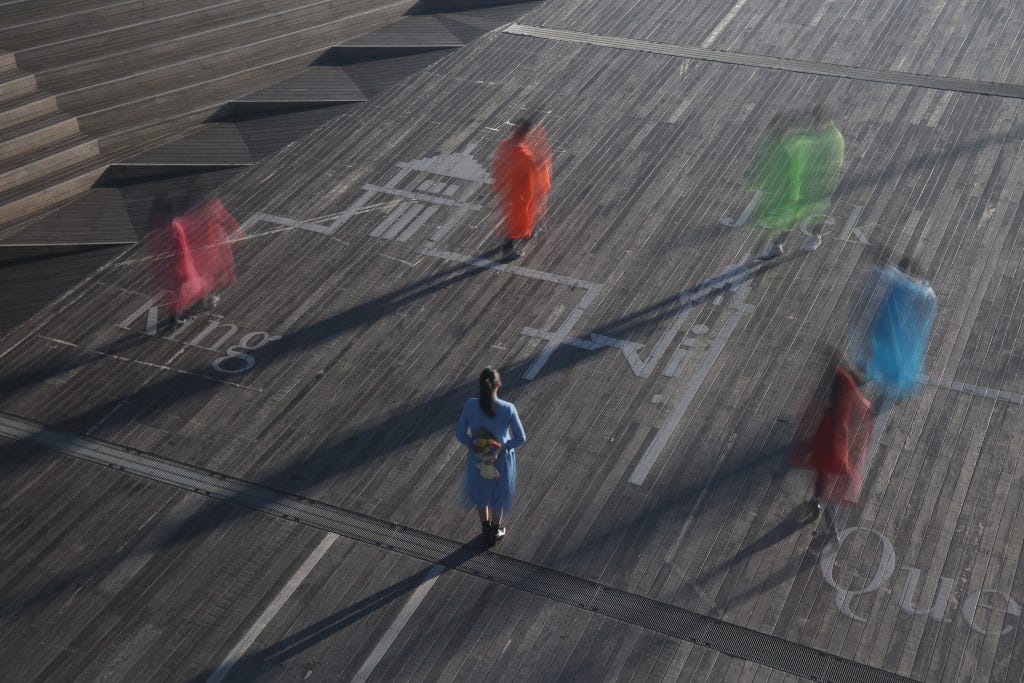 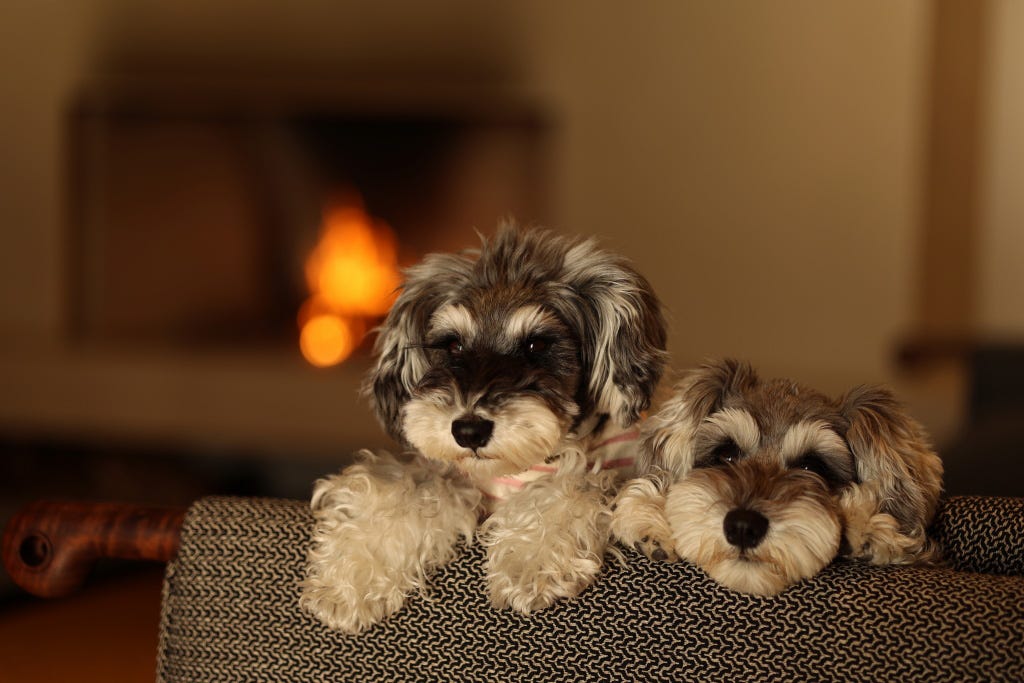 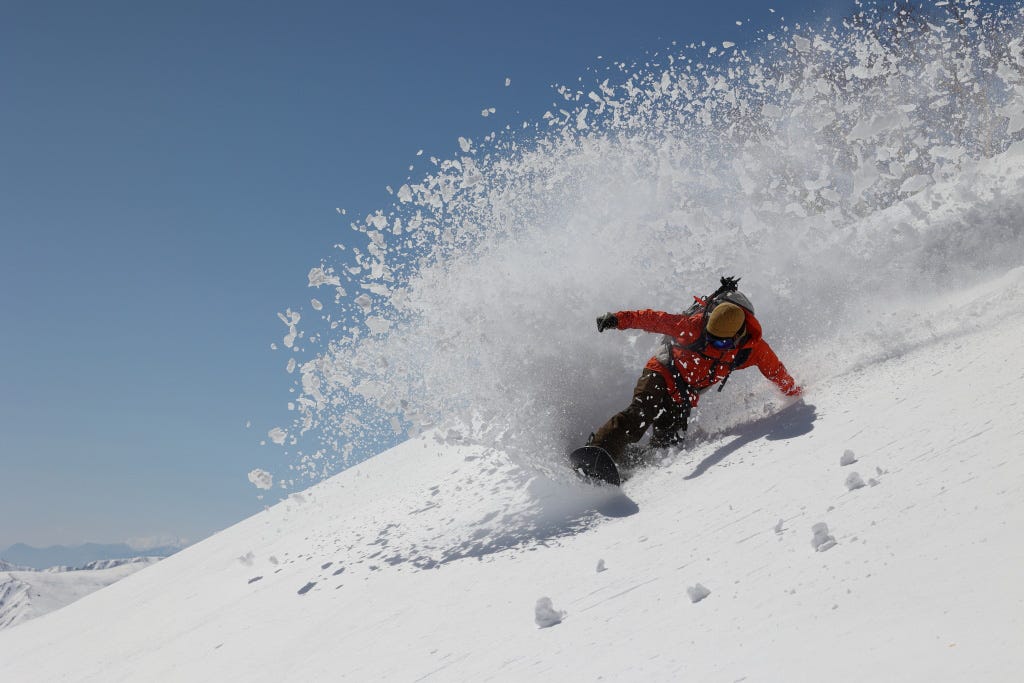 This article was originally published in Canon SNAPSHOT